Coca-cola is the largest beverage company with an established market in 200 nations. It was founded in the year 1886 when the curiosity of an Atlanta pharmacist, Dr. John S. Pemberton led him to make a unique tasting soft drink that could be offered at soda fountains. It was then sold to American Businessman- Asa Griggs Candler in 1889 who further advertised and sold it to the general public as a beverage. However, not only the taste of drink that made this company a giant but usage of certain strategies by Coca-cola made them a leader in the soft drinks industry.

Coca- Cola has a wide range of products in various sizes. It follows a 2nd-degree price discrimination strategy. The company has an oligopoly market and also offers discounts on bulk purchases. Initially, it offered various free products and charged low to capture the market and increased the price gradually in the later period.

The price of its products remains the same for almost 70 years. In the US, the cost of one bottle was 5 cents from 1886 to 1959. With an established market globally it continued to sell its product to wholesalers, retailers, and also to the chain of hotels and restaurants. They also collected the used glass bottles from the retailers and reused it to save costs and resources.

Coca-Cola has an aggressive marketing strategy. It campaigns using tv, advertisements, print media, sponsorships to American Idol, FIFA, Olympics, and many more. They also promote their brand by giving hoarding and customized refrigerators. The firm is also involved in many CSR activities.

The company might have many competitors but none of the rivals can satisfy the taste of loyal customers. The beverages Coca- Cola has a unique taste and its recipe is still locked in a vault in Atlanta.

Portfolio of products for every taste niche

The brand produces, sells, and distributes a range of non-alcoholic drinks including juices, water, and snacks; as well as distribute a portfolio of premium spirits. Their broad portfolio includes globally known brands such as Coca‑Cola, Coca‑Cola Light (Diet Coke), Coca‑Cola Zero, Fanta and Sprite, as well as Powerade, Illy Issimo, and the beverage mixer Schweppes. They developed their brands in Greece – including Amita, Amita Motion, Amita Proino, Frulite, and AVRA Natural Mineral Water and distribute other products such as Tsakiris snacks, Monster energy drinks, and Lavazza coffee.

Coca-cola is a system of 275 small independent companies. In 1894, Mississippi entrepreneur Joseph Biedenharn installed bottling machinery behind his soda fountain store to make Coca-Cola transportable. After few years entrepreneurs in Tennessee bought the sole rights to bottle and sell Coca-Cola for $1. The number of Coca-Cola bottlers soon exploded to over 1,000 plants. In 1916, Coca-Cola bottlers agreed to the famous contour design bottle that remains iconic today. As of November 2015, the company had over 900 bottling and manufacturing facilities located around the globe.

The CEO of the company decided back then to make its product stand out from the rivals by writing the logo in the Spencerian script. In 1923, the brand standardized its logo and decided to keep it flexible with the changing time keeping the original one untouched. Even today the logo of the brand remains imprinted in the mind of people around the globe.

Are you tired of answering numerous phone calls every day? Do you feel like putting your phone on silent so you never have to...
Read more
Latest

In this difficult scenario of pandemic, education system is getting a huge blow, especially, teachers and students. With the current havoc of digitization, online...
Read more
Autobiography & Journey

The Life’s Journey of Kim Kardashian

Kimberly Noel Kardashian West or Kim Kardashian was born in Los Angeles on October 21, 1980. She was he daughter of the famous attorney, Robert...
Read more

We learn many life lessons from fairytales and legends and we adopt them as well. Snow White and the Seven Dwarfs is no exception.   Snow...
Read more
Business

Green buildings 2020- What you must know

Once the pandemic is over, all of us hope to live a life with less pollution and more greenery. Several instances have revealed that...
Read more
Business

How will Walmart’s new service take on Amazon’s Prime Service?

When it comes to revenue, Walmart is the largest company with a net value of $485 billion as per the Fortune Global 500 List....
Read more
Business

How does an AIRBNB IPO look at the time of Covid-19?

As per reports obtained from a report published on August 20th, 2020, Airbnb has gone ahead with filing confidential documents with SEC or U.S...
Read more
Load more
- Advertisement - 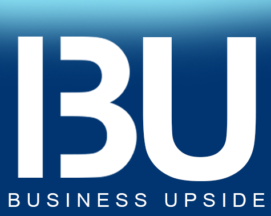